Water is considered a vital substance for the human species. Not only is it necessary for our survival, it makes up the majority of our organism and our planet as well. We drink it, use it for preparing meals, personal hygiene, household cleaning, transportation, electricity production and many other things. 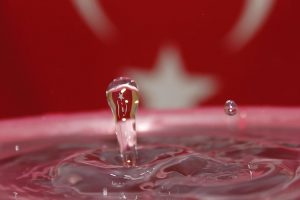 In addition, water found in nature conducts electricity, due to the impurities present in it. They dissolve free ions that give the flow of an electrical current. And pure water only becomes “metallic”, ie electronically conductive, at extremely high pressures.

However, the researchers managed to demonstrate for the first time that it is not only at high pressures that this metallicity can be induced in pure water. By placing the pure water in contact with an electron-sharing alkali metal, which in this case was an alloy of sodium and potassium, the free-moving charged particles can be added. This makes the water metallic.

Although this conductivity lasts only a few seconds, this is a significant step for researchers to be able to understand this water phase and be able to study it directly.

“You can see the phase transition to metallic water with the naked eye! The silvery drop of sodium-potassium is covered with a golden glow, which is very impressive”, said physicist Robert Seidel, from Helmholtz-Zentrum Berlin für Materialien und Energie, in Germany. 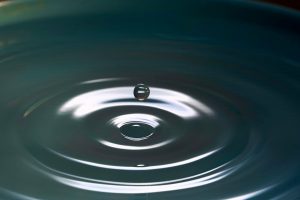 Under high enough pressures, virtually any metal can, in theory, become conductive. That’s because, if you squeeze the atoms tightly enough, the outer electron orbitals will start to overlap. This allows them to move. In the case of water, this pressure is approximately 48 megabars, which is a little less than 48 million times Earth’s atmospheric pressure at sea level.

With these pressures, the experiments carried out would not be ideal for studying metallic water. That’s why the group of scientists, led by organic chemist Pavel Jungwirth of the Czech Academy of Sciences, experimented with alkali metals.

These substances release the outer electrons quite easily. Which is to say, they can induce the electron-sharing properties of pressurized pure water. The only problem is that alkali metals are quite reactive with liquid water. So much so that sometimes it even explodes.